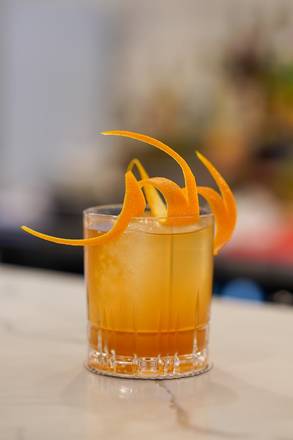 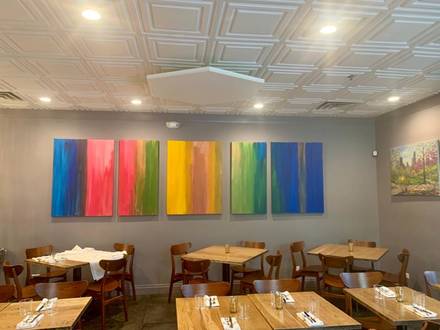 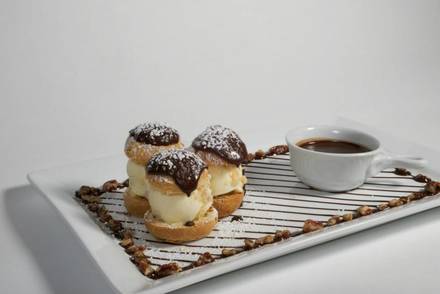 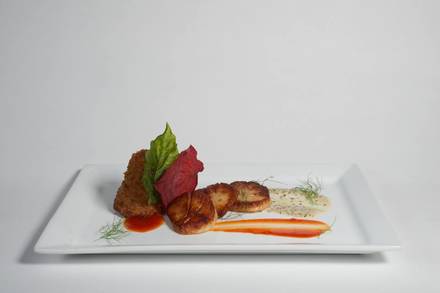 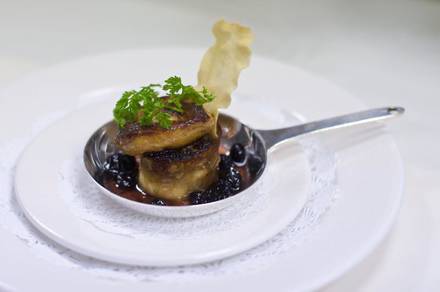 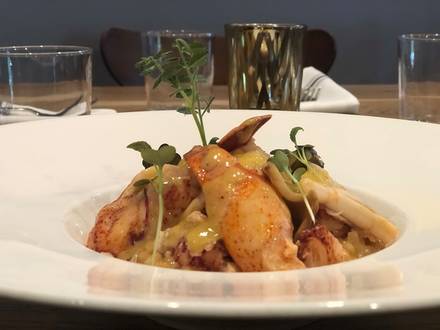 Winnetka-based chef Michael Lachowicz has created a mini-empire of restaurants under one roof. George Trois, the high-end, tasting-menu only concept, rules as king. Silencieux serve as its queen with prix-fixe offerings in a chilled-out space. And Aboyer is the crown prince: a little rambunctious and a la carte, yet still structured and cranking out elegant plates of bistro fare.

Aboyer serves as the centerpiece for the three as it's situated in an open space in the building. The casual eatery features a lounge area with high tables and a bar, plus seating area for full service-dinner. Its theme is an American-French brasserie with offerings such as chorizo-stuffed roasted quail, Alaskan halibut ceviche and Angus hanger steak accompanied by pommes frites and chimichurri bernaise.

Over at Silencieux, the mood is a bit more reserved. It's in a space that was formerly used for private dining. Music errs on the classic side and prix-fixe offerings range from lobster ravioli to the restaurant's specialty, whole roasted Dover sole--which is served tableside with frothy hazelnut lobster jus.