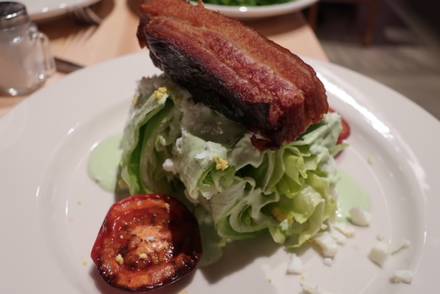 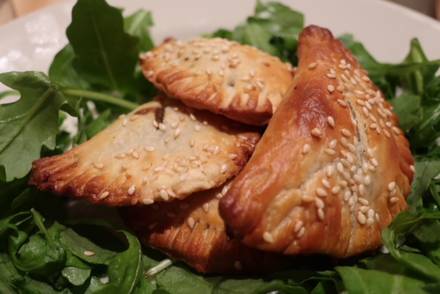 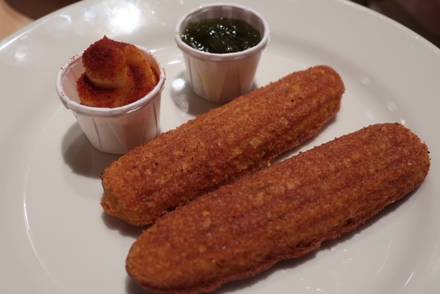 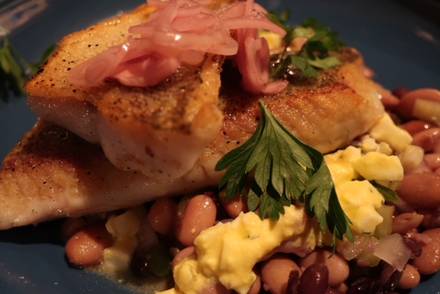 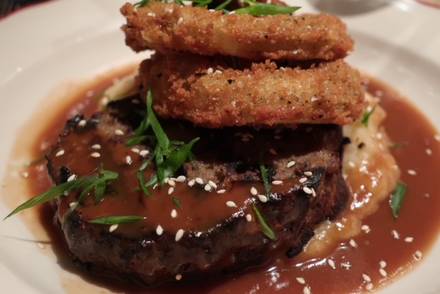 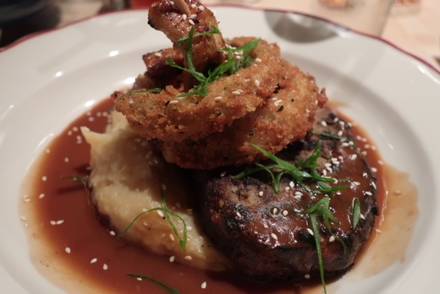 Inspired by his central Missouri upbringing--which is also from where Mark Twain hailed--Graham puts his own spin on dishes like surf and turf, the Wedge salad and Pigs in a Blanquette. For the former, he finesses it with homestyle meatloaf, barbecue unagi and nori-crusted onion rings. Desserts are homey as well, from hand-cranked, seasonal ice cream paired with sheet cake to gooey butter cake topped with seasonal fruit like rosemary roasted peaches.

The space is quirky, designed by internationally renowned team Jordan Mozer and Assoc., and filled with animated artwork, vintage cookbooks and hard wood accents. It's a lot simpler than his early projects with Lettuce Entertain You, which included Paris Club and Tru, which was considered a fine-dining institution until it shuttered in 2017.

The beverage menu is classic, highlighting the Old Fashioned and a variety of regional craft beers. Chef Tim's wife, Rebekah, serves as the restaurant's sommelier.